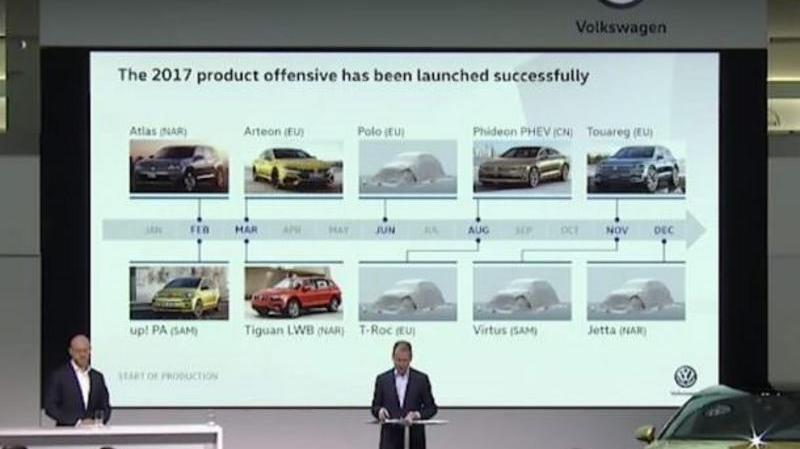 Mark your calender's, December 2018 is when you can expect the all-new Jetta to launch according to Volkswagen brand CEO Herbert Diess. This announcement was made during Q2 of 2017 with the mention of other future products to be offered. Since that event, the Arteon and Atlas have launched, giving us some insight on what to expect come this December. It will be a grueling wait but as you will see in the points below, this could very well be the best Jetta yet.

Quote:
Lost amid the automaker’s newfound focus on bringing as many utility vehicles to global customers as possible, Volkswagen’s stalwart Jetta soldiers on without a diesel option, wearing more or less the same duds it donned for 2011. A mild — some would say unnoticeable — refresh came in 2016, but the Jetta’s U.S. sales have continued to slide at a remarkably steady rate ever since the current generation’s debut.

Naturally, Volkswagen wants to arrest the plunge. As part of its newly crafted product strategy, the automaker plans to find time for a new Jetta among all the crossovers.

In an annual meeting held May 5, Volkswagen brand CEO Herbert Diess outlined the company’s 2017 product schedule. Already the three-row Atlas is rolling off its Chattanooga assembly line, while the 2018 Tiguan (known as the Tiguan Allspace overseas) began production in March. The 2018 Jetta is listed for a December launch.

The next-generation Jetta promises a top-down revamp, with the compact moving to the company’s MQB modular architecture and adopting a more contemporary design. Engine offerings aren’t known, but the automaker has said it plans to cull a number of ICEs in the near future. Expect the 1.4-liter four-cylinder to remain as the Jetta’s frugal base powerplant. Industry journal Automotive News claims the 1.8-liter turbocharged four will likely disappear from the lineup.

While we haven’t seen spy shots or renderings of the next Jetta, seven months isn’t a long time in the life of a product. We should know more details by this summer.

Two products expected to bow in overseas markets this year will likely find their way across the Atlantic next year. VW hasn’t confirmed an arrival date for the T-Roc compact crossover or the larger next-generation Touraeg, though the U.S. remains a top market for the brand’s utility push. The luxurious CC replacement, the Arteon, will also arrive next year.
- TheTruthAboutCars 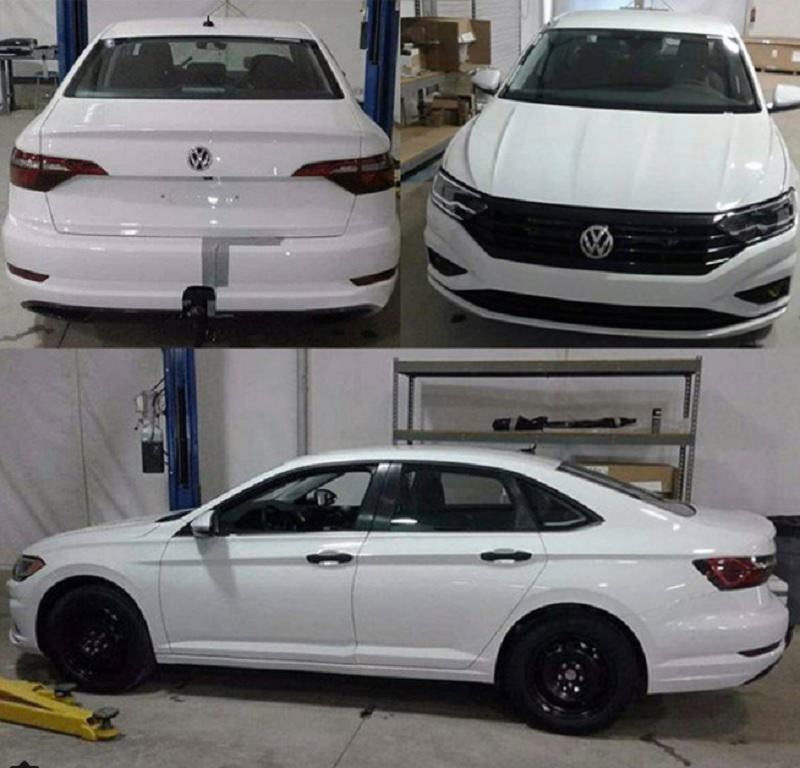 After weeks of seeing Jetta test mules driving around, finally photos of a production-ready prototype leaked. Although this may not be 100% accurate, compared to the design of other new VW's like the Atlas and Arteon, its safe to say this is the real deal. Even when compared to spy shots that surfaced around October 2017, the proportions, wheelbase and the few uncovered parts remain consistent. Fingers crossed that we see more design cues pulled from VW's Midsize Coupe Concept revealed at the 2014 Beijing Auto Show.

Quote:
Low-resolution spy shots taken in Mexico have given us the best look yet at the brand-new 2019 Volkswagen Jetta.

Designers have tossed out the current car's bland, understated lines and created a more emotional design for the nameplate's seventh generation. Up front, the sharp headlights and the hexagonal grille fall in line with Volkswagen's newest design language, which we'll see at the end of the month on the T-Roc crossover. The belt line is higher than before, and the roof line is almost fastback-like. The tail lamps remind us of the ones found on the latest Audi A4.

Under the sheet metal, the big news is that the next Jetta is expected to ride on Volkswagen's modular MQB platform. An earlier report suggests a 1.6-liter four-cylinder will power base models, with 1.2- and 1.4-liter turbocharged engines rounding out the lineup. Whether the GLI model -- which has been neglected over the past few years -- will return is up in the air at this point.
Last May, Volkswagen told investors the 2019 Jetta is scheduled to make its debut in December of this year. That means it will likely break cover online or at a private event, and it will greet the public for the first time the following month at 2018 edition of the Detroit Auto Show. Sales will kick off in time for the 2019 model year.
- Left Lane News
________________________________ 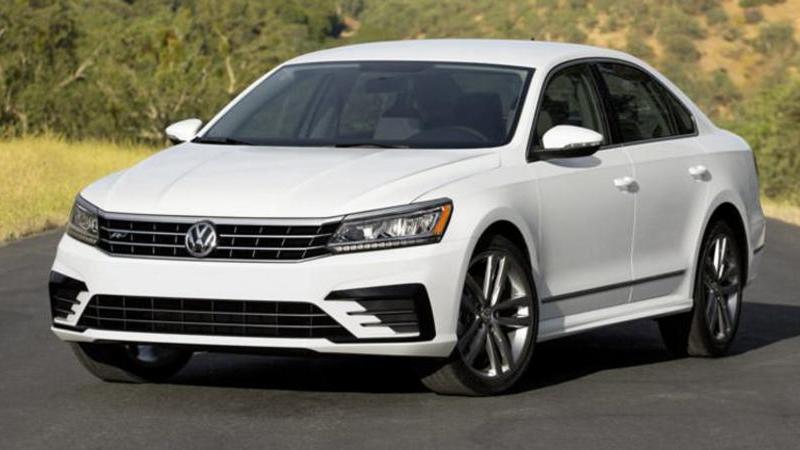 Good news for potential owners wanting an R-Line model, VW will be offering it right from launch come December 2018. Given the hype that typically surrounds R-Line models and how impressively it was executed in the all-new Arteon, those serious should consider placing a deposit ASAP! On the flip side you will have to wait a year for the GLI model but fortunately Jetta will offer a manual transmission this time around. Expect a lot of details to be release at this years Detroit Auto Show as the 2019 Jetta makes its North American debut.

Quote:
Pretty good news so far, but there's more. The executive has confirmed that the 2019 Jetta will offer a manual transmission from launch and that a hot GLI version will arrive about a year from the sales debut. The upcoming Jetta GLI may also feature a manual gearbox, as hinted by VW spokesman William Gock. That would be reassuring, since the current Jetta GLI has lost the manual transmission for the 2018 model year.

Furthermore, a Jetta R-Line trim will be available right from the sales debut, as per dealer feedback. Speaking of dealers, Woebcken said they were "extremely excited" when they were shown the all-new model.

As expected, the Jetta Mk7 will adopt the MQB platform and the latest turbocharged gasoline engines from the VW Group's bank, with European-spec Jettas expected to offer turbodiesel units as well. Expect a similar engine lineup to the facelifted Golf — let's not forget the Jetta is essentially the sedan version of the Golf.
- DriveMag
________________________________ 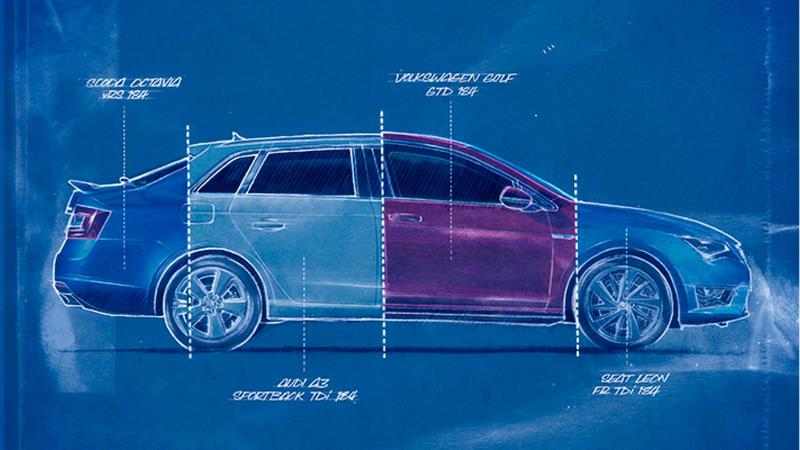 While we wait for the all-new Jetta to make its debut at this years Detriot show with reviews to follow, CNet got behind the wheel of a near production ready prototype. Expected with VW's new MQB platform with this specific model is improved handling, weight reduction and overall performance. While this prototype didn't exactly check every body, it did incrementally improve on the current generation and show potential for the range of production models we will see soon.

Quote:
Tires thoroughly kicked, I was next able to test the prototype on VW's wet skid pad and a handling course. Without instruments, I'm left using touchy-feely terms to describe a seat-of-the-pants feel. Bear with me.

On the skid pad course, I was able to toss the Jetta through a wet cone chicane to get a feel for how it handles in the rain. The car felt nice and stable. I tried a few bone-head moves to see how the sedan dealt with it and found the Jetta to be predictable. Braking or goosing the throttle mid-turn, the Mk. 7 responded with progressive and easily correctable understeer. No surprises and no spinning. Under hard braking and acceleration, the Jetta stayed nice and straight, even when the wheels had differing levels of grip.

The dry handling course was a narrow bit of track with lots of off-camber turns and too tight corners. It's a low-speed course that wasn't really designed to evaluate performance handling, but I made do.

While I wasn't able to push the limits of the Jetta's handling, I was able to once again see what happens when you make the sort of simple mistakes that the average driver does. I came into corners too hot, braked at awkward moments and jerked the wheel mid-turn to avoid imaginary potholes. After my experience on the wet pad, I wasn't surprised to learn that the Jetta responded to all of my intentional goofs with more of that predictable and easily correctable understeer.
- CNet
Testing - Jm to update
Administrator is offline
Quote
post #2 of 2 (permalink) Old 01-15-2018, 03:44 PM
JettaLoyalist
Senior Member


Join Date: Oct 2017
Posts: 244
Pictures of the new Jetta live from Detriot have been flooding the net so far and I have to say I really like it.
Still, I wish VW did something new to the sedan, it would be hard choice given its history but I feel they could have done more.
JettaLoyalist is offline
Quote