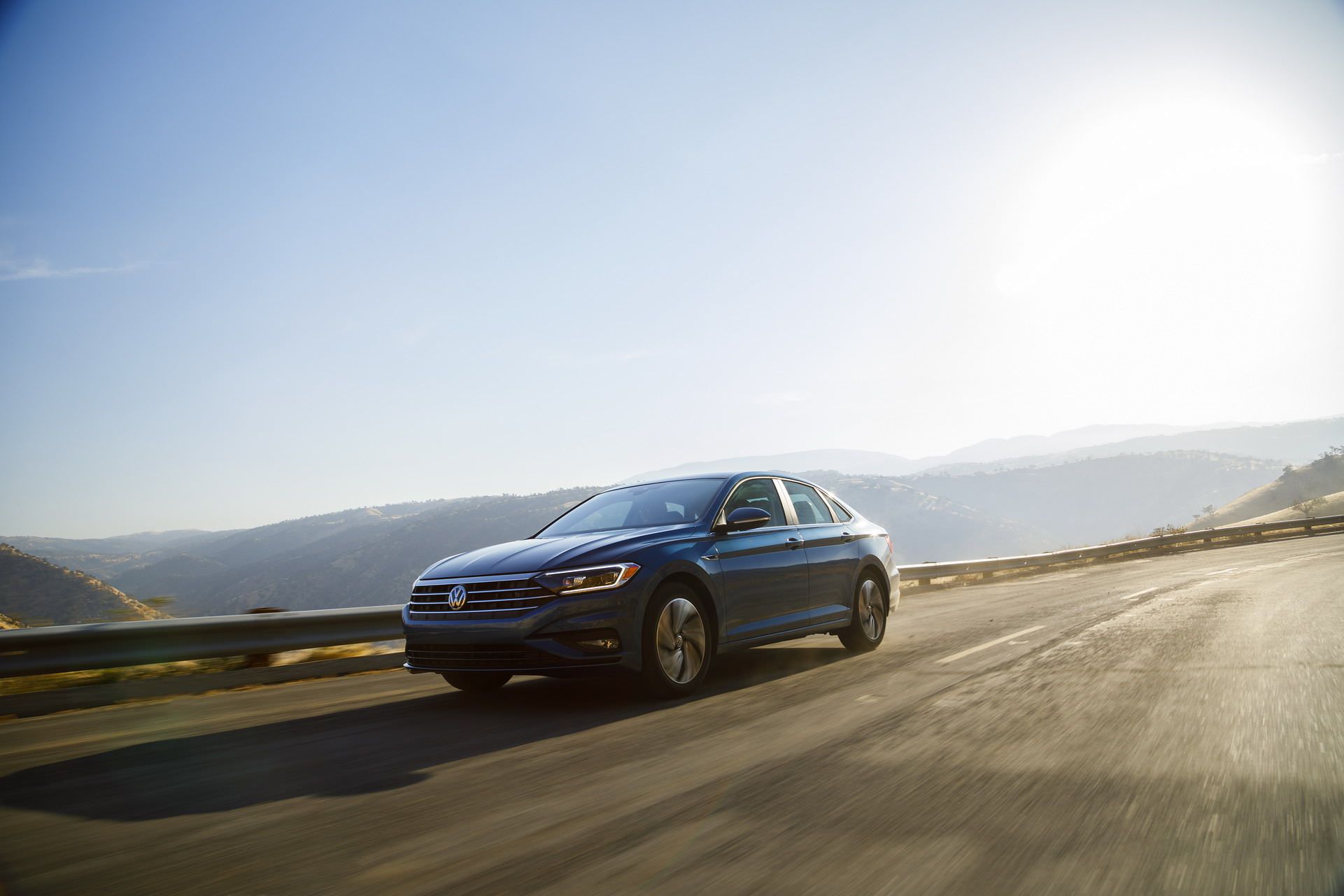 It looks like VW has finally announced the pricing of the 2019 Jetta trim levels. With a starting price of $18,545, the 2019 Jetta is $100 cheaper in its base trim. VW will offer the car in S, SE, R-Line, SEL and SEL Premium grades and here's where they sit.


Join Date: Oct 2017
Posts: 91
Was hoping to see manufacturer incentives because pricing compared to the last model year because the difference for the S trim is just $100. VW letting me down in this regard.
Moredoor is offline
Quote
post #3 of 7 (permalink) Old 04-09-2018, 10:25 AM
Johnson
Senior Member


Join Date: Jan 2018
Posts: 159
Well VW is catering to the masses and I think that a lot of consumers will be happy to spend less than the outgoing model, regardless of how little. I was not anticipating the next gen Jetta to be less than that of the Civic and Corolla.
Johnson is offline
Quote
post #4 of 7 (permalink) Old 04-12-2018, 10:22 AM
jettison
Member


Join Date: Oct 2017
Posts: 67
$18,545 for an entry model is more than reasonable considering how much tech is stuffed into cars these days. Just wish the automatic option doesn't tack on around $1,000 more though I do understand why that is. Aside from the S, do all the other models come with auto as standard? I don't see a second price listed for any of them.
jettison is offline
Quote
post #5 of 7 (permalink) Old 04-13-2018, 09:27 AM Thread Starter
VDubbz
Senior Member


Join Date: Jan 2018
Posts: 162
Yes automatic is standard on every trim aside from the base package. And its important to note that the S is the only trim that will be offered with a manual gearbox. A $1k markup really isn't that bad considering the increase to fuel economy that it provides.
VDubbz is offline
Quote
post #6 of 7 (permalink) Old 04-13-2018, 10:34 AM
bpsmicro
Junior Member


Join Date: Apr 2018
Posts: 24
Curiously, very different up in Canada. Only three models (Comfortline, Highline, Execuline) which seem to map to S, SE and SEL. There's an 'R' package on the Highline to map to the US R-line, and a "Driver Assist Package" on the Execuline to map to the US SEL Premium.
But *all* of them offer both Manual or Auto transmissions. And they all claim the same mileage numbers regardless of transmission. But that's based on the limited information supplied so far, and maybe will be "fine-tuned".

I'm targeting the Execuline with package, which would be our first VW. Everything we want (and then some) and in our target budget (we'll likely go Automatic, because we're getting old

). But I'm getting mixed messages on when we're likely to be able to actually test-drive one (website says "Spring", dealer says end-April, VW @ Twitter says "end-June", which I've pointed out ain't "Spring").


Join Date: Jan 2018
Posts: 159
That's interesting that there seems to be no difference in fuel economy, when VW clearly indicated that the Jetta needed to be equipped with their DSG transmission to maximize efficiency. Wonder why there is such a discrepancy between U.S and Canadian models.
Johnson is offline
Quote