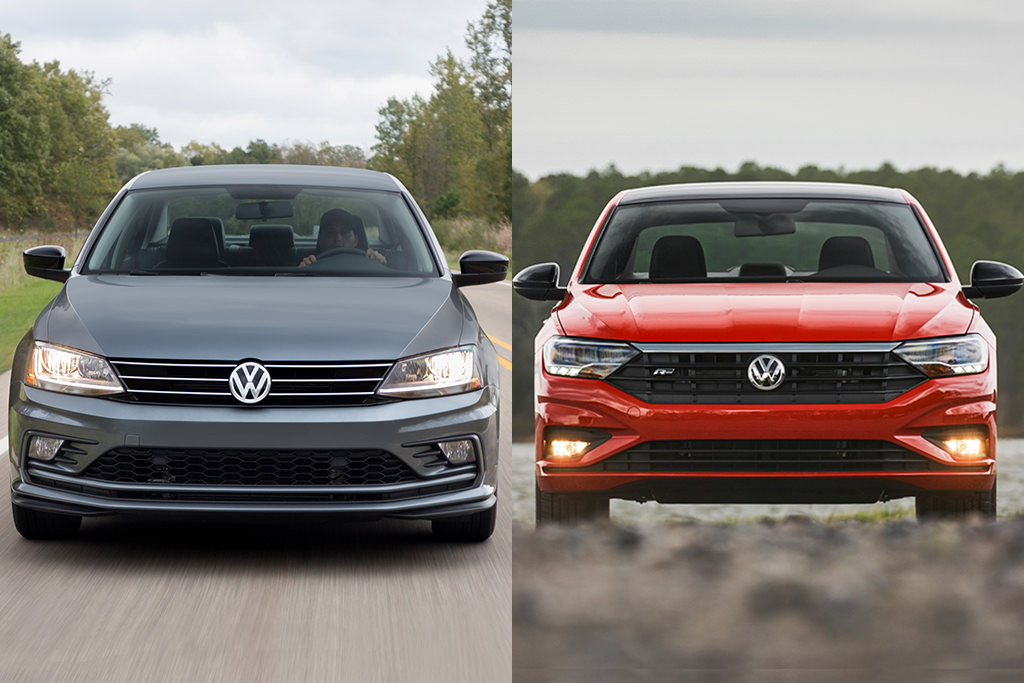 A new article has been dropped by Autotrader which gives a good overview of the improvements that VW has made to the Jetta for 2019. It's easy to recommend the new model due to how comparable it is in pricing, though the company many want to revisit the sole powertrain option with future models. https://www.autotrader.com/car-news/...81474979889833
Johnson is offline
Quote
post #2 of 7 (permalink) Old 11-22-2018, 10:56 AM
VDubbz
Senior Member


Join Date: Jan 2018
Posts: 162
The aesthetic refresh was long overdue and its odd that VW didn't make the same kind of update for the new Golf. It seems that VW has their hands tied a bit when it comes to powertrain options, because the last thing they want to risk is more issues with emissions.
VDubbz is offline
Quote
post #3 of 7 (permalink) Old 11-27-2018, 10:38 AM
Bora
Member


Join Date: Jul 2018
Posts: 38
A sole powertrain has obviously been chosen to reduce risk and the 1.4l turbo has proven itself to be a very capable engine. Solid fuel economy numbers looks to be the focus of all VW products moving forward.
Bora is offline
Quote
post #4 of 7 (permalink) Old 12-16-2018, 11:10 AM Thread Starter
Johnson
Senior Member


Join Date: Jan 2018
Posts: 159
With such a low interest in sedans over the past few years, going monospec is really the only way forward. Just look at what companies like Ford and now GM have been doing to address slumping sales.
Johnson is offline
Quote
post #5 of 7 (permalink) Old 06-16-2019, 06:02 PM
JettaLoyalist
Senior Member


Join Date: Oct 2017
Posts: 244
The refreshed Tiguan did help and I suspect that VW will bring out similar utility vehicles and even crossovers in the coming years.
JettaLoyalist is offline
Quote
post #6 of 7 (permalink) Old 06-18-2019, 06:34 PM
Jordan
Junior Member


Join Date: May 2019
Posts: 2
Is anyone watching developments with the new VW Golf? As someone that doesn't need all the space of a Jetta, the next Golf might be my next car.

Interested in seeing the changes that will come through

Quote:
Reports are coming out that Volkswagen's boss wants the new, eighth generation Golf to debut before the end of the year. Company CEO Herbert Diess has expressed his desire for the Golf to be launched before 2020, including delivering the first vehicles.

In addition to some engineering setbacks, including making sure the car's over-the-air update capability will not be compromised by hackers, the deadline is challenged by some Volkswagen executives who would rather see the car launched in early 2020 instead of speeding up the debut, reports Automotive News. Volkswagen brand chief Jürgen Stackmann is reportedly in favor of a February launch to keep the car from getting clouded by the usual Christmastime bustle. As for Diess, it has been said the CEO was even adamant about an October presentation date for the motoring press. With the expections for a launch date differing by several months, there is a distinct possibility of the car arriving half-baked in terms of early production reliability.

Another thing the Golf has to account for is its electric cousin, the ID.3. Volkswagen will officially launch the ID.3 at the Frankfurt IAA show in September, meaning most of the capability of its publicity machine will be focused on the electric lineup for quite some time. The dust will have to settle enough for the Golf to be noticed. No matter how good the eighth-generation car will be, the ID.3 looks further into the future while wearing the familiar German family car silhouette, while the Golf will be "just another Golf" despite its abilities. Factor in the likelihood that the North American market will not receive any other Golf versions than the GTI and R, and the new car's birth can be rather stressful.

Still, the Golf will come suitably advanced. It will have a fully digital driver environment as standard and an available 48-volt mild hybrid option.


Join Date: Jun 2019
Posts: 9
VW did a great job making subtle changes that most likely didn't break the bank but gave the Jetta so much more character than the previous generation. What a difference a couple extra body lines can make
JetSet222 is offline
Quote